Places to Visit in Andhra Pradesh:

Anantapur is one of the largest cities in Andhra Pradesh. Anantapur is a religious place, which is known worldwide for its culture and history. There are many temples in Anantapur where there is always a crowd of devotees. Friends, you will be surprised to know that it passes not one, two, 3 but 6 rivers from the city. It used to be a part of the Vijayanagara Empire earlier; that is why many historical sites and temples exist here. The world-famous lepakshi temple is present here. It is believed about the temple that when Lord Rama’s wife, Goddess Sita, was kidnapped and taken away by Ravana, Jatayu fought with Ravana at this place. This place is included in the UNESCO World Heritage Site.

Visakhapatnam is the largest city and one of the most prominent places to visit in Andhra Pradesh, which is very beautiful. In the coming times, it may be declared the capital of Andhra Pradesh. The city is known for its beaches, caves, valleys, lakes, and mountains. Vizag is also a name of Visakhapatnam called a paradise for nature lovers. Most tourists visiting Visakhapatnam do not forget to roam its beaches. There are many beautiful beaches here, where people will be able to see you while having fun. Tourist places near Visakhapatnam include:

Nellore is one of the places in Andhra Pradesh, which is known as a historical center. This place is rich religiously and spiritually. It is also known as the Hi-Tech City of Andhra Pradesh. Because the main center of ISRO is present here. Along with technology, the civilization of Nellore is also prosperous. Due to empires like Maurya, Pallava, Chola, and Vijayanagara in Nellore, there are many small forts here, which attracts more tourists. The Udayagiri fort and Venkatagiri fort here are very famous all over South India. Apart from these, The Sri Ranganathaswamy temple here is a prominent scenic place. The weather here is hot often, so winter is the best time to visit here. Sightseeing places near Nellore include:

Kurnool is a historical city in Andhra Pradesh and also a pilgrimage site. There are many Hindu religious places and ancient buildings here, that is why this city is famous. Here you can still see the ruins of the Vijayanagara king’s fort in the medieval period. It is believed that people continue to live here from Pashan yug. Mountains surround the city. The Rollapadu bird sanctuary here is the most famous tourist destination. It used to be part of the Vijayanagara Empire earlier; then, the Kurnool fort was built here. This fort is much more spacious and fabulous. One of the 12 Jyotirlingas of Lord Shiva, Mallikarjuna Jyotirlinga, exists here. If you are a nature lover and are interested in history, then you must go to Kurnool. The top tourist places in Kurnool include:

Chittoor is a town on the banks of the Ponni River, known for its mountains. Chittoor has a boon of nature. The city also has many rivers, waterfalls, lakes, and mountains. Chittoor is a mythological one, so on the hill where you get to see many impressive forts. Along with the fort, many ancient temples are also present in the mountains here. Chittoor is a quiet city, and walking here is nothing less than an adventure. Apart from this, you can also see the wildlife sanctuary and the architecture here. Below are the top attractions of Chittoor:

Kadapa means in Telugu is a door. Kadapa is known for its magnificent architecture, Palkonda hills, and historical forts. The fort here is famous all over South India. Gandikota fort and Sidhout fort are prominent here. Friends, you will be surprised to know that Kadapa is among the 20 cities in the world where the Nuclear fuel reserve is situated. When visiting Kadapa, you can also roam the caves of Kadapa. There you will get complete integration of nature and history. Best places to visit in Kadapa include:

Located on the banks of the Krishna River, the city Srikakulam is very close to Visakhapatnam. Many temples were built in Srikakulam, being under the Kalinga empire. This temple is famous all over India for its structures. During the freedom struggle, the construction of Khadi started in Srikakulam itself, which attracted the attention of Mahatma Gandhi to Srikakulam. You must see the architecture of the Kalinga kingdom by roaming the beaches, temples, and kilos present here. Srikakulam tourist attractions include:

Guntur is one of the largest cities in Andhra Pradesh, situated 64 kilometers from the Bay of Bengal. The major attraction of Guntur is Amravati. Millions of people come to visit Mahachaitya Stupa in Amravati. Nagarjuna Dam made by Guntur also attracts tourists. Guntur is one of the religious cities of Andhra Pradesh; that is why there are many beautiful temples made of magnificent architecture. Amareswar Temple is the chief of those temples.

Rajahmundry is a beautiful small city situated near Visakhapatnam, and it would not be wrong to say that Visakhapatnam has overshadowed the beauty of Rajahmundry. Rajahmundry is located on the banks of the river Godavari. You can travel here by boat on the Godavari river. Apart from this, there are Dutch fort and Papi hills, which attract all tourists. It is believed that the Telugu language was born in Rajahmundry. Rajahmundry is a mythical city, which is why many mythological temples are located here. Friends, it is the specialty of these temples that the temples here are built with Dravidian style. Prominent among these temples is the Markandeya temple. Sightseeing near Rajahmundry include:

Ongole is quite famous for the Hindu temples built in the 17th century. It is one of the old cities of Andhra Pradesh. People on the beaches here like to spend their time in peace. Here in almost every street, there are ruins of a fort, which shows the rich history of Ongole. Ongole was the favorite of the empire of both Maurya and Pallava. Tourist places near Ongoleinclude:

Araku Valley is a beautiful tourist destination in Andhra Pradesh, located 110 km from Visakhapatnam. This hill station is famous for high mountains, waterfalls, parks, and caves. Top 5 places to visit in Araku Valley include:

Alluru, built on the Eastern Ghats of Godavari River, is also called East Godavari. Alluru is famous all over the world for its Guntupalli caves. The Ghats of the Godavari in Alluru is pretty charming, and due to these ghats, Alluru produces 50% of the rice in the entire Andhra Pradesh.

Tirupati Balaji Temple, located in Andhra Pradesh, is a famous temple of India. Famous as Sri Venkateswara Temple, this temple is a sacred place for people who believe in Hinduism; hence lakhs of devotees come here every year. This temple of Tirupati is located in the Chittoor district of the state of Andhra Pradesh. Apart from this, the temple here is considered to be one of the wealthiest temples in India. Around crores of rupees are donated here throughout the year.

These are the 15 best places to visit in Andhra Pradesh. If you liked it, then help others by sharing it on social media. If you have already visited these places, then share your experiences with us by commenting below. 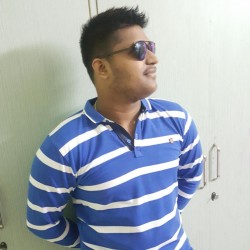